Game companies can now submit no new applications for federal funding for 14 months. The Game association had already called for an increase. Now he is especially worried about founders. 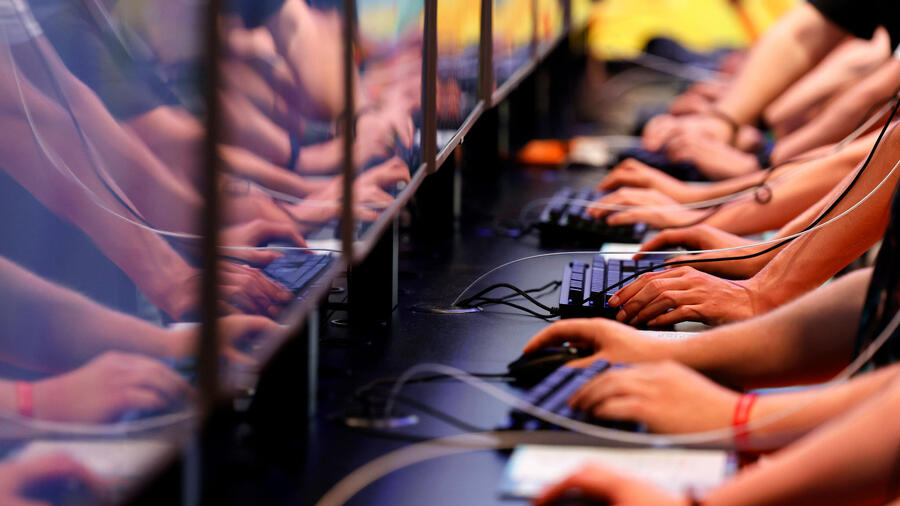 Düsseldorf The Federal Ministry for Economic Affairs and Climate Protection (BMWK) is stopping the new applications for the federal Government's games funding for the time being. This is the result of an industry newsletter from the BMWK. "The great demand has led to the fact that the available funds for the current year and, due to commitments, also for the year 2023 are currently exhausted," it says. As a result, project applications can be approved again at the earliest in 2024, according to the current status.

The fact that the demand exceeds the funding is also a success story. "The number of game companies in the core market has increased by 26 percent in 2020," Felix Falk, Managing Director of the industry association Game, told Handelsblatt. "However, the funding stoppage is now a complete brake in the catch-up race as a games location that has just started so well.“

In terms of sales of computer and video games, Germany is the fifth largest market in the world with around ten billion euros. However, more than 90 percent of the games are produced abroad. In order to make Germany, a small game location by international standards, fit for the future, a funding program with a total volume of 50 million euros per year was launched in 2019. Only in August, Federal Minister of Economics Robert Habeck (Greens), in whose responsibility the industry has changed from the Ministry of Transport, had described himself as a "game minister" at the leading trade fair Gamescom.

In the letter, the BMWK attaches great importance to the fact that it is not a funding freeze, ongoing applications will continue to be served within the budget. A total of 447 projects with a funding volume of around 129 million euros have been approved since the start.

Industry and national politics react with surprise However, this can still cause problems: "The companies in the industry are planning with the funds, now some are in the middle of the planning phase and are confronted with the statement: there is now no more money for 14 months," explains Falk. "The sudden loss of funding endangers jobs and important investments, even the existence of small companies in particular may be at risk.“

The industry had even expected that the funds would no longer be sufficient without an increase, but only in the medium term: "I had expected this to happen next year at the earliest and expected that the funds would be increased beforehand, because the funding is an excellent investment in the future," Benedikt Grindel, Managing Director at Ubisoft Bluebyte, told Handelsblatt. With its subsidiaries, Ubisoft is the largest employer in the computer games sector in Germany.

The company uses the funding for concrete projects, for example for the implementation of the PC customer "Anno 1800" for video game systems. "Through the funding, we can tackle this without compromise and build up this competence in our German studios," explains Grindel.

Nathanael Liminski (CDU), Minister for Federal and European Affairs, International Affairs and Media and Head of the State Chancellery of the State of North Rhine-Westphalia, describes the federal government's application freeze as a "fatal signal" for the location. The industry needs reliable support programs.

"Instead, in the middle of the crisis, which also affects the companies in the games industry, funding is interrupted. Another year without reliable government support will set many companies back and slow down the positive development of recent years,“ Liminski fears. The federal states often offer their own funding programs, which, however, are usually associated with a repayment of the funds.

Cost disadvantage of 30 percent in an international comparison Now it is especially small companies that are affected by the uncertain environment. Game development has been going on for years and needs appropriate planning security. They have given the federal subsidies, which do not have to be repaid. "The sudden funding freeze is therefore a nasty and potentially existential surprise, since projects that have been prepared for a long time can suddenly no longer be implemented as planned," criticizes Johanna Janiszewski, founder and CEO of the Berlin developer studio Tiny Crocodile.

The company won the German Computer Game Award in 2018 and is considered one of the future hopes of the industry. "We have already been able to more than double our small team alone with the support," explains Janiszewski, who is also a board member of the Game Association. The funding enables growth leaps that would otherwise have been possible only at locations outside Germany.

(Photo: picture alliance/dpa) How urgent the problem is for the German industry is shown by an adhoc survey of the Game among the association members, which is available to the Handelsblatt. Accordingly, at least 50 developer studios planned to take advantage of the funding this year or next year. A third of the companies that have already funded games have been able to increase production budgets by 50 percent through funding that has already been provided, while a fifth have increased their production budgets by 100 percent.

So it would have to be more rather than less. This is exactly what the game had introduced in the project drafts for the funding at the beginning: the funds should gradually increase with the growing market with the real demand. "The pot was just the right start in 2019," says Falk. However, a demand of 100 million euros per year has already been predicted for 2024.

The figure seems to be well predicted: it can be heard from politicians that an amount of 70 million euros in the coming year would be enough to service all applications. Instead, the maximum funding amount set so far in the budget for 2023 could even be reduced by up to three million euros.

Strong economic leverage in France "As a developer, I am now immediately falling back to zero," says Falk with a view to the international comparison. "this means that for new projects the cost disadvantage of 30 percent compared to France or Great Britain, which we had just overcome, has returned.“ This cost disadvantage also makes Germany less attractive as a destination for international settlements. Especially since the example of France, for example, shows the leverage effect: 1.80 euros of additional tax revenue and eight euros of investments for each funding euro.

"The danger is that we will remain in the status quo and, as an international location, we will not catch up at all or only very slowly," confirms Grindel, who works as a Ubisoft manager himself in a multinational corporation. "However, we are far behind the top locations; above all, we are missing blockbusters, international large-scale productions.“ Above all, they bring well-known game companies with them, who advertise the development within their network.

More: Between boom and consolidation – This is how the gaming industry has changed.